In the game of love…

Georgiana Lucas despises the arrogant and cruel Marquess of Westmorland even before learning that he’s won the deed to her friend Kitty’s home in a card game. Still, Georgiana assures Kitty the marquess wouldn’t possibly come all the way to Derbyshire to throw them out—until he shows up, bloody and unconscious. Fearing that Kitty would rather see him die, Georgiana blurts out that he’s her fiancé. She’ll nurse the hateful man back to health and make him vow to leave and never return. The man who wakes up, though, is nothing like the heartless rogue Georgiana thought she knew…

You have to risk it all

He wakes up with no memory of being assaulted—or of who he is. The bewitching beauty tending him so devotedly calls him Rob and claims she’s his fiancée even as she avoids his touch. Though he can’t remember how he won her hand, he’s now determined to win her heart. But as his memory returns and the truth is revealed, Rob must decide if the game is up—or if he’ll take a chance on a love that defies all

Mistaken identities that turn enemies to lovers is the name of the game in this fantastic book!  Caroline Linden never fails to deliver a leading lady who has everything I love in a heroine as well as great story lines to make them shine.

Reading this story and watching these characters not only blossom into their authentic selves (away from the pressure of society expectations) and overcome their misconceived judgments of each other to fall in love was incredibly touching.

Georgiana Lucas’ shows her compassionate nature when she risks her own safety and rushed to the aid of a stranger who was being attacked on a remote country road.  She shows the depth of that compassion when she discovers the stranger is none other than the enemy of her dear friend and hostess but chooses to hide his identity and nurse him back to health.   Will the lie she told to conceal his true identity comes out and ruin her friendship or will it have her falling in love with a man she once despised?

When Lord Robert Churchill-Gray, Marquess of Westmorland, won the house of Sir Charles Winston in a drunken card game, he didn’t want or need the house and planned to promptly return it to its rightful owner.  That is until the sore loser blackens his name to anyone who will listen including Rob’s own mother.  Not wanting to keep the property but wanting to teach Winston a lesson in humility, Rob travels to the estate to return the deed to Winston’s family and tell them just what he has been up to in London.  On the way there he is attacked: robbed and beaten unconscious.  When he awakens in an unknown bed, with no memory of who or where he is, he is forced to rely on the hospitality of strangers and the care of the beautiful woman everyone claims is his fiancé.  Will he recover his memories and return to his prior bachelor life of drinking and scandal or will he choose to change his ways and win the heart of a woman he once overlooked?

Such a great story that I couldn’t put down. 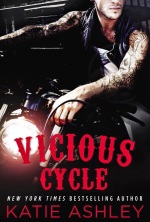