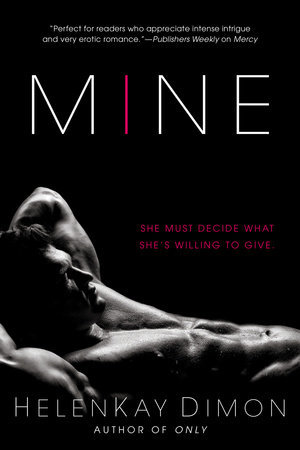 She doesn’t depend on anyone for anything. He intends to make her his completely.

Natalie Udall thought her position at the CIA was secure—until protecting her team earned her an armed escort into certain danger. Natalie can’t stand the idea of being secreted away in a cabin in the middle of nowhere, especially since it means sharing close quarters with the controlling bodyguard enlisted to keep her alive.

Gabe MacIntosh joined the military to support his son, trained as a sniper and dealt with death on a regular basis. Now retired and operating a security firm, his first assignment is to protect a CIA agent on the run. She’s strong willed and difficult—and all Gabe can think about is exerting his domination and stripping her of every expectation she has.

Intriguing, sexy and lovable are all words to describe this great read.

I was unfamiliar with this author and had no backstory as to the two before it but reading it I didn’t feel lost or like I had to read the previous books to know what was going on. The story has a great mix of romance sprinkled with a touch of sexiness. It features two hot headstrong people where the chemistry between them is sizzling but they don’t want to give in to it, add a in a little mystery/suspense because what IS Gave hiding? You won’t be disappointed when picking up this book to read. Great read! I loved it and now I want to go back(want, not have to) and read the other two! She has gained a new fan!