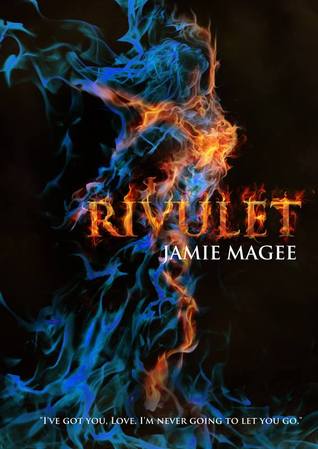 This was my first time reading anything by Jamie Magee and the plot made me very excited to read it. A girl who has an ice cold touch and freezes things?! Pssh, where do I sign up?!

First off the book was a nicely put together book with some good detail.  It had a great idea for the story but was quite a bit confusing to follow; even after I figured out what effect was being reached for. I did have to go back a quite a few times and re-read passages so that I understood what was happening. A few times I was kinda like

I would have appreciated a bit more detail in describing the individual characters of the story, their appearance and their clothing. I didn’t even realized until almost the end that the main character was blond and still not sure of the coloring for her male lead, is he brunette? Usually the title of the book kinda ties in with the story, and I’m not sure if this is because it’s the first book in a new series , but I was a bit confused by the title; the connection in the story seemed forced, it didn’t make a lot of sense to me on how it worked together.  I did love the characters names, Indie, Cadence, Gavin, Sebastian, Guardian, they are common but unanticipated names; and not forced like Basil or Wrath would be.  I also enjoyed how independent Indie is, not a weepy, whiny person that requires a boyfriend, that some YA books tend to have. Indie stands up for herself and what she believes in and that in and of itself would be a great message to send to any young reader. The end of the book I hope I got correct because it really just confused me more, but again maybe its cause it was the first in the series.

I like simple reads, but of the plot is intricately woven and does not leave me confused then I’m all for it! Maybe it’s just me but  sadly this one left me more confused then anything. I loved the concept so  I will try the second book to see if it makes more sense to me.