The only time she trusted someone with her heart, she was just a girl; he betrayed her and left her humiliated. Since then, Lorali Bennett has let that moment in time dictate her life.
Ian Hale, sexy as sin business mogul, has never had more than a passing interest in any particular woman, until a chance encounter with Lorali, leaves a lasting mark on him.
Their fast paced romance is one for the record books, but what will happen when Ian’s secrets come to light? Especially when those secrets will cost her everything she spent years trying to rebuild. 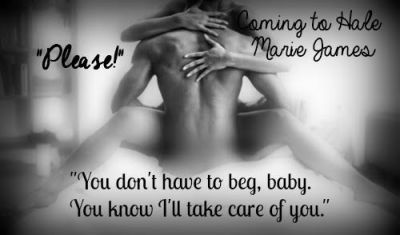 Amazon UK
Amazon US
Excerpt
I can feel every soft inch of her body, a sharp contrast to my hard muscles. Her eyes are no longer hooded; they stare up at me with…anticipation? No. Fear. She’s afraid of me. Too aggressive Ian, take it down a notch.
“Don’t,” I command.
“Don’t what?” she whispers, her voice trembling
“Be so disrespectful of yourself.” I tell her.
“Just stating the obvious.” Her eyes are turning from fear to more of annoyance. Lorali my feisty girl!
I gaze down at her, fighting a losing battle, knowing I have to taste her or I’d not make it through the night.
“I think the only thing obvious about this situation is how much I want you,” I say, bending my head down to whisper in her ear. “My body is aching for you, Lorali. I want you so bad.”
“I think you’re playing some sort of game, and frankly I don’t appreciate being the object of it,” she huffs, stiffening her spine and glaring back at me.
“I can assure you this is no game for me, Lorali, although you do seem to take pleasure in denying me.” It’s my turn to grow frustrated at her. Who does she think she is putting words in my mouth, questioning my intentions?
“It’s a game to you. Find the most common person here; seduce her, then walk away, all the while laughing about how you were able to get some commoner so hot she’d drop her panties for you. You don’t want me; you want the thrill of the power that it gives you.” The irritated look on her face is increasing my annoyance.
“I don’t want you? Tell that to my cock,” I growl as I grind my erection against her.
She doesn’t even know me, how does she have such a distorted opinion of me? It may take some time, but I’ll show her that I’m not some sort of womanizer. I bend my head down further, breathing in her scent. Mmm. Lavender. Not able to deny myself a second longer, I brush my lips down the column of her neck, pausing briefly over her pulse point. I can hear her sharp intake of breath.
I pull my head back and focus on her beautiful, pouty lips, only briefly denying myself the exquisite way I know she’ll feel and how sweet her lips will taste. Having waited as long I can, I lean in, fully ready to take her mouth, simultaneously trying to talk myself down as to avoid attacking her like a rabid animal. I brush my lips against hers, using every ounce of restraint in my body.
“Stop,” she whispers, her breath ghosting against my lips.
“I can’t,” I growl as I crush my lips against hers.
Begging for Hale
Cover Reveal
Releases: 14th July 2015

Synopsis
Alexa Warner, an easy going, free spirit, has never had a problem with jumping from one man to the next. She likes to party and have a good time; if the night ends in steamy sex that’s a bonus. She’s always sought pleasure first and never found a man that turned her down; until Garrett Hale. Never in her life was she forced to pursue a man, but his rejection doesn’t sit well with her. Alexa aches for Garrett, his rejection festering in her gut. The yearning for him escalating until she is able to seduce him, taste him.
Garrett Hale, a private man with muted emotions, has no interest in serious relationships. Having his heart ripped out by his first love, he now leaves a trail of one night stands in his wake. Mutually satisfying sex without commitment is his newly adopted lifestyle. Alexa’s constant temptation has his restraint wavering. The aftermath of giving into her would be messy; she is after all the best friend of his cousin’s girlfriend, which guarantees future run-ins, not something that’s supposed to happen with a one night stand. Yet, the allure of having his mouth on her is almost more than he can bear.
With hearts on the line, and ever increasing desire burning through them both, will one night be enough for either of them?
This is the second book in the Hale Series.
Book 3 in the Hale Series is Josie and Kaleb’s story: Hot as Hale
Recommended for readers 18 and up due to strong language and explicit sexual content.

Meet the Author
Marie James, full-time working mother of two boys and wife of 11 years. I’ve spent almost my entire lifetime living in central Texas, with only short stays in South Carolina, Alabama, and Florida. I’ve always wanted to write novels and just recently had the gumption to sit down and start one.
My passions include reading everything under the sun and sewing. I even listen to audio books while sewing. Begging for Hale is the 2nd book in the 4 book Hale Series. I have several other story lines worked out for other books once this series is complete. Reading and writing is my happy place. 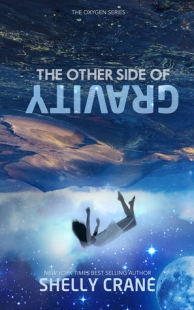