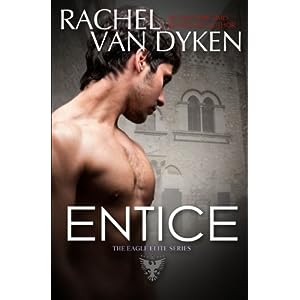 From #1 New York Times bestselling author comes the third book in the bestselling Eagle Elite Series… “As burns this saint, so burns my soul. I enter alive, and I will have to get out dead.” Chase Winter let the love of his life slip through his fingers and into the hands of his best friend and mafia boss of the Abandonato family. Now that he’s been given a second chance to right a wrong, he refuses to let his own selfishness stand in the way. The only problem? He’s not fully in possession of his heart, so when Mil De Lange — the girl who’s innocence he stole and heir to the worst of the worst mafia families in the US — asks him for a favor… he says yes, not realizing that one yes has the power to destroy them all. Mil’s been in love with Chase Winter as long as she can remember, but as the years went by, love turned into hate, and now that he’s agreed to help her, she’s wondering if she made a fatal error. Because Chase isn’t a teenager anymore. He’s a hot-blooded male, bent on owning every part of her, body and soul, and he’s willing to kill anyone in his path who dares stand in the way. Secrets will finally be revealed… but make no mistake, it’s going to take a lot of bloodshed for those truths to be discovered. You’ve never read a New Adult Mafia story like this before. Loyalties will be tested, lovers reunited, and friendships obliterated. Welcome to the Family. Blood in — No out.

Okay, If you havent been in the know or the loop then you don’t know about Rachel’s Eagle Elite series about The Mob, capital ‘M’. Most of her readers know that his is Chase’s story/book and I’m not a ‘Chaser’ (fans of Chase), I did really enjoy this book!

First the book is told in three POV’s, yes three!(With a surprise visit from Tex) Chase, Mil’s and Nixon(Ahhh, Nixon).

Chase has just agreed, after having his heart-broken, mind you, to marry the newest and only female mob boss Mil for her protection. Mil is just trying to survive the year without getting killed knowing that her ‘family’ will try to kill her to be the right-full boss and not to have to take orders from a women. Nixon is holding on to his pimp status with everyone but the women he loves, Trace. After doing the unthinkable he is trying to redeem himself in her eyes and restore the balance they once had.

This book started out with a BANG and continued on right until the end. Mil wasn’t lying when she said she needed Chase to protect her because the ‘trying to kill her thing’ starts EARLY and doesn’t stop. Mil is a tough cookie on the outside, but the inside she is a marshmallow. When first introduced to her back in the first two books, I will admit I had mixed feeling about her, I swore she was this two-bit hussy who was going to try to seduce Nixon away from Trace in order to become more powerful.(Hello over active imagination) Thankfully that didn’t happen and reading this book, my heart broke for her and what she had to endure. Imagine growing up the only girl in a world of men, powerful men where morals and ‘the right thing to do’ flew out the window like cigarette smoke. Her father? biggest piece of *hit on this side of the fictional equator!

I have never been a fan of Chase(don’t lynch me Chasers) but Chase with a gun? Totally different story. He used guns, A LOT in this book and being in his head was very different than being in his head in the last book. He is trying to do a job, protect Mil for a year and get information that will help his family and when he comments, man he commits! He was in full on protection mode and it was surprisingly hot!

“Let’s get one thing straight, I’ll kiss you as often as and as much as I please, not because I’m jealous, not because I’m a jackass who gets off by showing my manhood as much as possible, because let’s be honest, I don’t need to show off when I’m sure as *hit that I’ll win.”

And just when Mil starts to trust him with her secrets that she has been harboring, BOOM, an asshole threatens to messes it up because Chase slowly starts to realize that Mil isn’t just a job for him, she’s his life, one that he will die defending. I loved the Mo-Tex side story is a great lead in into the next book and from what I have read about Tex, I kinda think he’s my newest book boyfriend, even though he is a tad scary and his story Will ROCK MY WORLD!  Fan’s of the series will also get a little more insight into another character that we didn’t get before and thus making me at least feel even worse for all the horrible things i yelled at him during book one. This was on the those stay-up-all-night-to-finish-even-though-you-have-work-in-the-morning type reads (and yes, i may or may not have been falling asleep at my desk the next day). The ending was so jammed packed full of action I  felt like I needed to pause, make popcorn, grab a glass of wine(a bottle) THEN finish it!

And I got more Nixon and Trace?? Score! I always love anything Rachel writes, but this series is BY FAR my favorite of her’s. Maybe it’s the guns and hot guys??? (What could this possibly say about me?)

A big high-five and hair flip to you Rachel for rocking this book!