His life consists of his best friend, Jack Daniels, his favorite drug and women who give him what he wants and leave. Rook Tyler lives for performing at night and wasting the rest of his days washing away the pain from his childhood so he doesn’t have to feel anything…ever. The only people he trusts are his band mates from Shattered Souls and he wants to keep it that way. His life was completely under control and simple until he heard the voice of Maisy Madison filter through The Tavern speakers.

Growing up in the foster care system with her two other band mates from Twisted Perfection, Maisy finds herself doing pretty much anything to get her and her band noticed but nothing seems to be working.  One lucky night, Shattered Souls, the most popular band in the country, decides to show up at their little concert and luckily signs them on the spot and books them for their tour but the arena venues and massive amount of fans isn’t what has Maisy shaking in her heels.  It’s the deep baritone voice of Rook Tyler that haunted her dreams for years that has her wondering if she can actually go through with the tour.

The force is almost too strong.  He can feel her everywhere he goes and no matter how much he tries to resist her, he finds himself gravitating towards Maisy, wanting to hold her, kiss her and fuck her. He knows he shouldn’t get involved.  He knows no matter what, he will end up hurting her but he can’t help it, his soul is connected to hers and the pull is too strong for him to resist.

Toxic, book one of The Addiction Series, tells the story of Rook and Maisy’s relationship, how it develops into an undeniable love and then crumbles apart every chance it gets.  Follow their twisted relationship as they fight off lies, temptations, addictions, users and try to overcome the toxic love they share.

Sex, betrayal, longing, drugs and Rock-n-Roll all of that equals Toxic by Meghan Quinn.

We have two bands, one is pretty well-known and the other is an up in coming who happened to be a the right place at the right time. Twisted Perfection is Masiy, Kaid and Willow who all grew up together in different group homes and then you have Shattered Souls, Rook, Cruz, Landon and Grey who are a ragtag bunch of guys who treat each other like brothers. I loved that this was not a meet and fall in love story but a meet, hate you and then slowly have to have you type story. Lets start with Rook and Masiy, Rook is your typical rock star, girls booze and sex every night with a chip on his shoulder and an attitude to match. But when he meets Masiy all that changes.

“I’m not good at being in a relationship. I’ve actually never been in one so I most likely will fuck it up more times than make you happy but I can’t stay away from you….But I’m warning you, if you decide to be with me, I’m not perfect and I will most likely hurt you….I have issues and I’ll being them into our relationship…..if your willing to deal with that then I want you to be with me.” 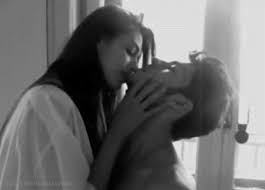 Masiy the quiet but soulful singer of Twisted perfection just wants someone who will love her and not treat her like an object. I like that the book was not told in just one persons POV but rather it told ALL sides of the many different stories going on while they were both on tour.

Grey and Willow both have an undeniable attraction to each other and are both very much interested into seeing where the attraction goes, there is just one thing stopping them and that’s Quinn, Grey’s long time girlfriend and Willow’s new stylist and friend. I loved and hated this part of the story simply because I hate love triangles but the way Meghan wrote it kind of eased my mind in that aspect.

Landon and Quinn have been best friends since she started dating his brother Grey in high school and has been secretly in love with her ever since, he was there for her though all her self-image issues and thinks she walks on water, if only she would notice how much he longs for her.

I liked the way the stories were intertwined yet still had the feel as if they were each a different book. Through all the twist and turns I was on such a roller coaster, sometimes I got whiplash, in both a good and bad way. I had no idea going into that it would be a series and when I was 90 percent done with the book and realized there was far too much left undone for the number of ages I knew, crap there is another book.

I found the book a little long and some scenes I felt could have done without, there wasn’t enough of Cruz and Landon or Kaid for that matter and maybe they will be in the next. The ending really had me hating Meghan but I guess that was the intent, I went through all those feelings only to keep me coming back for the second and I will just to see what happens. Well played Meghan Quinn, well played indeed.