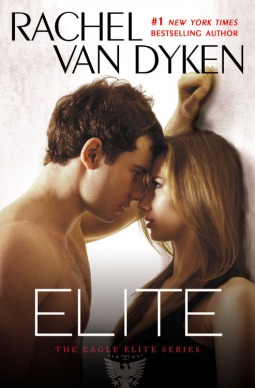 I have been a fan of Rachel since reading Ruin, and since then I have read The Bet and have yet to get my feels together about that enough to do a review on it, but let’s just say

There are few authors who have the ability to have me start a book at 9 at night and read until 4 in the morning, in fact there are really one three. Three.

After reading Ruin and The Bet I then went on a kindle shopping spree and bought all the RVD books I could afford, which at the time a few were on sale so I got like six because I just KNEW she wouldn’t disappoint. I had no idea what Elite was about before I opened it and started reading, hadn’t even read the synopsis. I got thrown into this world full of mystery and danger just as the MC did.  In short, the Mafia, yes the Mafia. I had never read a book about the Mafia, hell I’m afraid that me saying it this much in my review will cause me to have a hit on my head now. The Mafia + Mystery + never-ending love=  the fan-freaking-tatic Elite.

I won’t tell you a summary, you can just read the cover or blurp for that, but I will tell you that I did not want to put this book down, even though I was aware that i had work in a few hours. I was drawn to the MC, Tracey right away, and knew there was more than meets the eye with her. I also was drawn to Nixon for a wholly different reason. He was the biggest ASSHOLE ever!

You feel this?” His hand moved up my arm and my shoulder and up, until his thumb grazed my trembling lips. “Memorize it now, because as of this moment, you can’t touch us. We are untouchable. If you as much as sneeze in our direction, if you as much as breathe the same air in my atmosphere, I will make your life a living hell.

And that’s not even the worse thing he did! The first half of the book I was so done with him, I was thinking that she got together with one of the other guys and he was kind of like the supporting actor. You love to hate him and maybe he will find love in a spin-off book and not be such a douche. But when Trace, the MC start setting her setting her sights on him it was apparent he was it. I didn’t like it thought all sorts of bad things would happen to him to make it not so, But then BOOM! Nixon starts to look like a cool glass of water after being trapped in the desert. He was just, Whoa!

I loved the mystery of the book; what was Nixon hiding, who was he really, and why the guns? I loved that when Tracey finally finds out, yes it has to do with the Mafia (another hit) that she doesn’t do what we all think she would. The story was very fresh and exciting and had just enough action and danger with just the right amount of kissing sparkled in.  If you follow me on Facebook or Twitter than you know I consider myself a somewhat of a Sherlock Holmes of books. I can pretty much guess the ending correctly half way through the book, but with this one, I got nothing. She stumped me!  Rachel likes to mix things up and she succeeded with this one. I am dying a slow death for the next book set to release on the 10th of Dec., Elect which will no doubt be just as great as the first one.