I  have to tell you about the Anthony Horowitz’s Book Series: The Power of Five (Raven’s Gate)

Ok let’s start with Raven’s Gate, which is YA paranormal, I first got this book from the library just based on the name of the book series and the book cover.(I’m a cover whore) I know never judge a book by its cover well I am glad it caught my attention since I was engulfed into the Anthony Horowitz’s world. First we find the main character Matthew Freeman who Is living in England ever since his parent’s mysterious death by downing which he somehow prophesied. WHAT?

So this kid somehow got his inner Ghost on (aka Whoopi Goldberg) or should I say call me now for your free psychic reading! Either way I dived into the book more. Matthew who now is living with the guilt of not warning his parents of their death becomes a bad ass kid ( Juvenile Delinquent) But we find one of his thefts go bad and someone gets stabs and his other friend leaves the scene and Matt is left to take the blame and is arrested and is given a choice. ( WTF how do these people get choices?)

Well it’s either jail or living in the country with an old woman name Jane Deverill. Well being that Matt does not want to go jail he chooses to live with Jane. (BAD MISTAKE) So Matthew is now in the village with this old crazy lady and things just are not what they should be? Matt even tries to run away and finds that he can’t leave the property. Can you say “Houston we have a problem,” now Matthew figures out he is  surrounded by a coven of evil witches who are seeking to free a horde of demons known as the OLD ONES who were somehow imprisoned by Matthew some thousands of years of a go along with four other children, (Hence the Power of Five).So now Matthew either needs to give in and be a part of the Witches Stone Soup or find his inner power and become a Gatekeeper!

I found this book  to be a great opener to the power of five book series. Matthew is such a Bad Ass and I loved the characters that come along with this book. I definitely would give this series a try. 4 out of 5 stars!

The next book is Evil Star Stay tuned for that review! 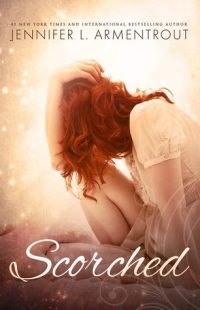