It’s been done in the past, but now it seems as though it’s a current ‘thing’ to make more and more books into movies. Don’t get me wrong, I love it, I get to see my favorite characters on the big screen, but as you know the book-to-movie adaptation is usually different. But, I still have compiled a list of books being made into movies so you can either add them to your TBR pile, like I have, or just keep an eye out for the movie. some I have read, most, sadly, I have not….yet. So here they are in no particular order.

When her mom is attacked and taken from their home in New York City by a demon, a seemingly ordinary teenage girl, Clary Fray, finds out truths about her past and bloodline on her quest to get her back, that changes her entire life. 2013 release.

When an unseen enemy threatens mankind by taking over their bodies and erasing their memories, Melanie will risk everything to protect the people she cares most about, proving that love can conquer all in a dangerous new world.

This book is on my TBR pile, I have had it since it came out and it failed to pull  me in in the first chapter, but I may read it before the movie comes out, just to see. 2013 release.

Set in a futuristic dystopia, a teenager seeks to break free from her homogeneous society that divides people based on human traits. She leaves her faction and joins a rival group, where she falls for a young man.

This book is in the top three of my TBR pile, I have heard nothing but great things about this book and series and can’t wait to read it! 2014 release

Clay Jensen returns home from school to find a mysterious box with his name on it lying on his porch. Inside he discovers thirteen cassette tapes recorded by Hannah Baker, his classmate and crush who committed suicide two weeks earlier.

This book is in my top ten TBR pile as well. No release date on this movie as of yet.

Abby Abernathy is a good girl. She doesn’t drink or swear, and she has the appropriate number of cardigans in her wardrobe. Abby believes she has enough distance from the darkness of her past, but when she arrives at college with her best friend, her path to a new beginning is quickly challenged by Eastern University’s Walking One-Night Stand, Travis Maddox.

This was my first NA(New Adult) book that I read and LOVED it!! The story of Travis and Abby is the classic friends turned into lovers but with soooo much more than that. Travis is one of my book boyfriends for sure! It’s not a 50 shade of grey so if you didn’t like that, you will like this. I did. No release date on this movie.

We all know what this book is about, I mean who has’t read it? But for the sake of those who haven’t, When literature student Anastasia Steele goes to interview young entrepreneur Christian Grey, she encounters a man who is beautiful, brilliant, and intimidating. The unworldly, innocent Ana is startled to realize she wants this man and, despite his enigmatic reserve, finds she is desperate to get close to him. Unable to resist Ana’s quiet beauty, wit, and independent spirit, Grey admits he wants her, too—but on his own terms.

Christian Grey is by far my most top ten book boyfriend(seriously you can’t have just one BB) and I LOVED this book right from beginning to end, and rushed to get the other two in the series. It is sooo rated a NC-17 book, so be warned now, there is a lot of sex in it, but I loved the book for the message behind the sex. Christian has a dark past, will love help him overcome it? No release date for this as of yet.

Romance was not part of Nora Grey’s plan. She’s never been particularly attracted to the boys at her school, no matter how hard her best friend, Vee, pushes them at her. Not until Patch comes along. With his easy smile and eyes that seem to see inside her, Patch draws Nora to him against her better judgment.

AHH, Patch! Again in the top ten of my book boyfriends.  You can tell from the cover that this book is about a fallen angel(those are ALL the rage right now) but Patch is no ordinary fallen angel, he has secrets and is dangerous  very dangerous  and wants Nora Grey, but not for love.  This is one of my highly anticipated book-to-movie movies I literally am dying for! No release date for this yet.

Rose Hathaway is a Dhampir, half human/vampire, guardians of the Moroi, peaceful, mortal vampires living discretely within our world. Her legacy is to protect the Moroi from bloodthirsty, immortal Vampires, the Strigoi. This is her story.

In the TBR file, I know this book has been out since 2007, but with more that 143 thousand ratings on good reads and 8 thousand 4-5 star ratings, i still have yet to read it, but its in my top ten. Release date in 2013, but subject to change.

For seventeen-year-old Janie, getting sucked into other people’s dreams is getting old. Especially the falling dreams, the naked-but-nobody-notices dreams, and the sex-crazed dreams. Janie’s seen enough fantasy booty to last her a lifetime.
She can’t tell anybody about what she does they’d never believe her, or worse, they’d think she’s a freak.Then she falls into a gruesome nightmare, one that chills her to the bone. For the first time, Janie is more than a witness to someone else’s twisted psyche. She is a participant.

This book looks really good, it’s in my pile as well and has the potential to turn into a really good movie. No release date for this move.

There are many, many more, but these are ones that I am really excited to see on the big screen. So what are you waiting for? go out and read the books before the movies!! Never judge a book by its movie. 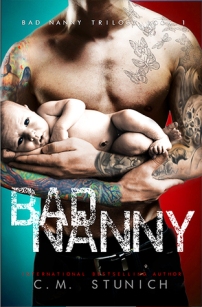 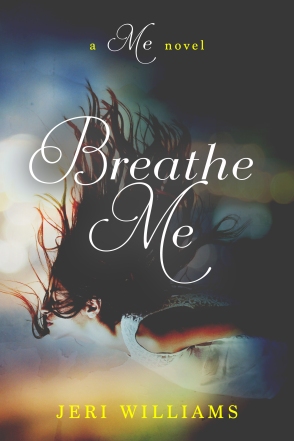